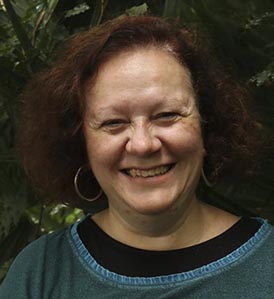 Isabel Cristina Gonçalves graduated at the Faculdade de Psicologia (Psychology Faculty) of Universidade de Lisboa (University of Lisbon) in 1989, in the field of Psychotherapy and Counseling. In 2001, she completed her training as a Psychotherapist at the Associação Portuguesa de Psicoterapia Comportamental e Cognitiva – APTCC (Portuguese Association of Behavioral and Cognitive Psychotherapy), with a thesis entitled “Psychological Counseling Services at the University context – the role of Cognitive-Behavioral Therapy”.

Isabel is a Specialist Psychologist in Clinical and Health Psychology, and also in Educational Psychology. She holds the advanced specialties of Psychotherapy and Psychological Coaching, certified by the Portuguese Psychologists’ Association (Ordem dos Psicólogos Portugueses – OPP). She was a founding member of the Professional Association “Rede de Serviços de Aconselhamento Psicológico no Ensino Superior” (Network of Psychological Counseling Services in Higher Education), and she implemented and coordinated the Serviço de Apoio Psicológico (Psychological Support Service) at the Instituto Superior Técnico, between 1993 and 2006. She was the Committee Chairwoman of the OPP’s Internships from 2011 to 2014.

She has published several works in her fields of interest, and she has participated in many national and international research projects. Isabel is taking her PhD at the Faculdade de Psicologia of Universidade de Lisboa (University of Lisbon Psychology Faculty).